This is an old post, however having recently revived my blog page after a long haitus during which I destroyed most of my internet presence and writing/photos (folly I know but broken hearts do strange things to rationale), I'm so glad to have found a few bits and bobs that I'd like you to indulge me in re-writing and posting some of those lost pieces.

When does a fantasy become a fetish? Do men fetishise sex more than women? Are the sexes really programmed that differently or is this just another common myth? We have most certainly struggled to express our masculinity which in turn has a massive impact on men's true ability to comfortably express their femininity.

We hear told that women want hearts, flowers and romance and are often happier with a cuddle than a really good fuck, whilst at the same time we’re told that men are simple creatures, easily pleased and able to separate sex from love, but is this the truth? Are the genders really so different in the expression of our deepest desires and urges? I know that there is a huge part of me able to separate the two but it is rarely given free rein; subconscious fear of judgement? 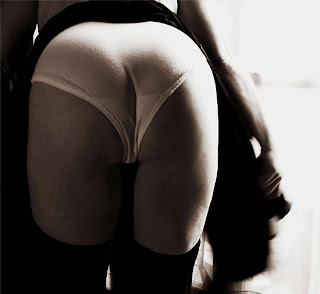 When in bed with a lover a while back, I began to complain that I didn’t want to talk dirty but wanted to just “make love” for a change....you know…just you and me, simple, without all of the fantasy. I was pouting and complaining in a lighthearted kind of a way, but underlying this comment was a bit of a weekend ‘whinge’;

“Our sex life has become too pornified! Can we just make love please, never mind all of this fantasy?!”
His reply: “so are you suggesting you don’t enjoy our ‘play’ as much as I do?”

My first response was to state that yes, I thought perhaps he was more into it than I, at which point he called me on it. “But you have all kinds of fetishes in relation to sex, just as many as I do”. “No I don’t!” I responded a little too quickly. Simple. I denied it! And he called me again, this time giving examples of some of his ‘fetishes’ and offering me examples of what he considered to be some of mine. I began to contemplate whether this felt true, were these examples he was offering me really fetishes?

I asked for his thoughts on why men (most of the men I’ve known at least) seemingly enjoy a different kind of sex to women (as in fucking over love making). Don’t get me wrong, I’m not painting everything with a generalised brush here and I know there are cross-overs, however there also seem to be certain patterns I’ve noticed. Are men really so much more straightforward about it and able to separate sex and love? Why do they seem to shy away from what women refer to more as ‘love making’? Why do so many women seem uncomfortable getting the sex they may want and simply demanding a good fuck without being labelled a 'slut' or a 'whore' (both of which are labels I'm happy to embrace unless they're being delivered with physical threat).

His theory was that men are generally very task and object driven in life, and that this makes them feel very grounded. In sex they are no different. There is a ‘task’ at hand, an objective and a goal as outcome; to orgasm and ejaculate. He suggested that the more ‘touchy-feely’ approach often favored by women makes men feel uncomfortable as it’s too intangible, too much weighted in feelings and the subjective as opposed to actions and the objective. I found this fascinating. 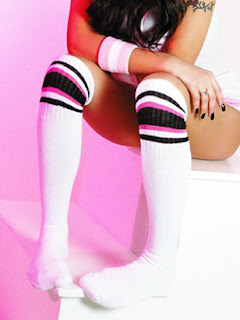 We continued to talk - when does a fantasy become a fetish? He mentioned several of what he thought of as my ‘fetishes’. No, I disagreed; I fantasise about that but it’s not a fetish. There’s no obsession there (in the first example or two he offered at least). Then he mentioned two more, one not even sexually motivated, and it was here that he finally found an admission. Yes, I admit to having a fetish…about shoes, and one for the smell of my own panties after a long day at work, which I find totally erotic. There may well be more.

We discovered that for both of us, a fetish usually creates a physical trigger and is inherently related to the body, whereas a fantasy often remains happily placed within the realms of the imagination, or the mind. So for example (using shoes as it’s more convenient to illustrate my point), when I’m shopping and see gorgeous shoes I have to seriously battle not to stop, touch them, sniff them, try them on and admire them, and then fight even harder not to buy them when I cannot afford them or don’t actually need them. I become physically stimulated and this stimulus is directly connected to my sensory awareness and the erotic drive in me. I lust after them and feel driven to fulfill this fetished urge. When I’m wearing certain shoes, I become the fetish object and I feel powerful in good heels. By contrast I have a big doctor fantasy yet I can happily enter a GP’s surgery and not get triggered into physical response (inappropriate to begin touching the doctor!), therefore I consider this a fantasy rather than a fetish. Were I to get a Pavlovian response to the examination table for example, or to the stirrups, then I would call it a fetish. 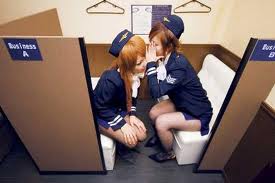 Does this difference (if you agree there is one) between the sexes hold true for others? Is it bound to cause problems? Can it be understood and accepted thus creating a more peaceful way of being in relationship? What would it take for couples for whom there is a vast chasm between their mutual understanding and desires to feel comfortable with each others sexuality? So far I have found about 4 things I’d consider having a fetish for whereas my lover hadn’t stopped formulating his list before it was time to get up!

Do you have a fetish? Are you able to express it/indulge it? Do you have to keep your fetishes secret? What do you consider to be the main difference between fantasy and fetish and do you believe there is a gender distinction in evidence with this?

I've re-considered some of this since separating from the lover in question, and talking recently with a male friend, we discovered we were both equally desiring of balance in our sex life; a bit of 'sensuality. coupled with a bit of lustful hard fucking seems to be the perfect balance, regardless of gender. I'm also more inclined to think that the line between fantasy and fetish is far less clear than that given in my examples above. I could quite happily feel a physical trigger to my doctor fantasy and were social norms different, indulge in it following the response of my clearly wet pussy!

Now that's undeniably physical.....so perhaps ultimately it's all just a matter of self control?