What happened to our Balls?

I've been watching one of my fave programmes on TV at the moment on catch up today, The Crimson Petal and The White, a drama series set in Victorian London based on the 2002 book by Michael Faber. The programme caught my eye as its main character 'Sugar' is a prostitute working out of a well known East End brothel and is quite frankly, totally hypnotic to watch. 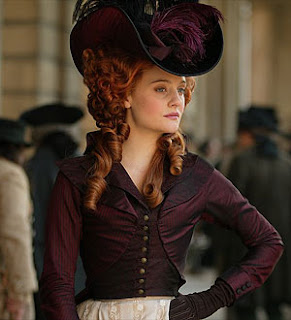 For those who don't know or have access to this programme, the series outline is as follows (quote verbatim from BBC website):

"Sugar is a sexually adept prostitute whose reputation for sensuality precedes her; alluring and highly sought after she ‘never disappoints’. Her intelligence and wit sets her apart - self-educated and ambitious, she’s able to engage in heated discussion whilst satisfying her clients.

Having spent years at the mercy of men, Sugar yearns for a better life and craves the freedom to make a living using her brain rather than her body. When not at work Sugar pens a dark, gothic novel in which a prostitute enacts revenge on all the men who have wronged her - a theme that has threatened to seep into reality.
Mourning the recent death of her friend Elizabeth, beaten by two punters, Sugar is determined to flee the hell that is St. Giles. With the arrival of William Rackham, this escape becomes a tangible prospect - and one that Sugar is keen to exploit."

The programme also features actors of the calibre of Richard E Grant, Gillian Anderson and many more and is incredibly well cast in my view. Mrs Emmeline Fox, played by Shirley Henderson has a mission in life to 'rescue fallen women' - and my word don't sexworkers know that there are many still keen to do this even today. In doing so, and in ignoring the reasons perhaps more evident in Victorian times (poverty and lack of opportunity for the working classes etc), they then choose to ignore the personal advocacy of sexworkers, when most of us it's fair to say are more than able to speak for ourselves.

Now what intrigues me about this programme is its timeless topical focus on what makes a woman lose her mind, her virtues, or most sadly for me, her very essence, intelligence and strength. The woman playing Rackham's (the man who takes Sugar from the brothel by paying for exclusive 'rights' to her) wife is portrayed as slowly losing her mind in a way that is utterly comprehensible I'm certain to most women watching. Exploited and patronised by both her husband and her (extremely repellent) doctor who is systematically abusing her in private, separated from her child as being an 'unsuitable' influence, denied her feelings and her 'uncooperative' points of view (i.e one step up from a placid doormat) she begins an extremely well acted  descent into a living hell.  Sugar, originally cast as a spirited, alluring and intelligent prostitute is seen slowly losing her 'fire' as she becomes further and further enmeshed into the 'normal' lifestyle of her patron. It's almost agonising to watch; a bird of prey tethered and controlled until the role of the wife and the prostitute begin to become indistinguishable. 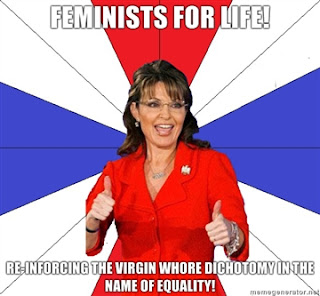 As stated above though, it's not only men who separate us into the Freudian categories of virgin/whore, oh no...as women we have become most adept ourselves. We make women responsible over and over again for the destructive consequences of the male gaze, in fact, so good have we become at labelling ourselves I fear, that the cost is undoubtedly very high in the loss of our fire, our chutzpah, our very balls!

Virginie Despentes writes a whole book on the subject in her title King Kong Theory, lamenting the loss of female 'masculinity' and the corresponding loss of the male expression of femininity, both so apparently threatening even in today's society that people are beaten so severely they are left traumatised for daring to express those parts of themselves in public: see Maryland attack of this week in Macdonalds store where staff and public not only ignored this vicious beating but saw fit to film it instead!! (WARNING: This video is very ugly and could trigger - please be aware and accept no less than a public outcry - already the 'victim' is being reported a 'prostitute with previous criminal damage convictions' and what a disgusting and thinly disguised attempt at justification that is....). 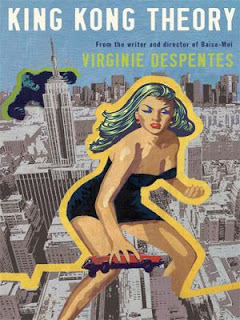 I can almost not bear to watch the inevitable decline of Sugar in the Crimson Petal, it leaves me feeling so sad to bear witness to this all too familiar 'taming of the shrew', ironically the woman playing Ms Fox in this series, the 'saviour' of the 'fallen women' is also playing the role of Kate in the current theatrical version of the Taming of The Shrew!

My call - Ladies of Ill Repute, guard against the loss of your 'ill reputations' for fear that you become some hideous version of the Stepford Wife, our ambitions are surely far loftier than that! 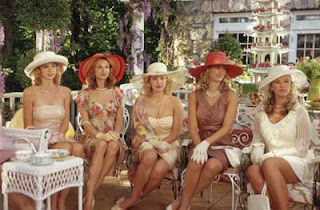