Why Consent Is Key


The video above, made by the incredible Serpent Libertine of Red Light Chicago, highlights a really important piece of activism. The fact that most sex workers with any political savvy at all not only want to distinguish between trafficked sex workers and those who elect to work by their own choice and will, but recognise the fundamental importance of this distinction, are only all the more frustrated by the fact that current bad laws make it almost impossible for sex workers to assist lawmakers in tackling the most serious areas of concern. 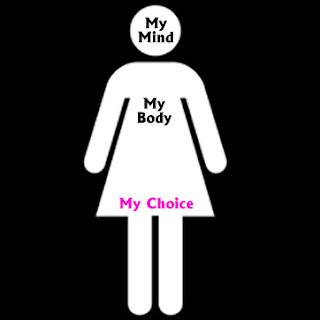 Of the women and men who choose to work in this industry, most of us still find ourselves at the mercy of antiquated laws which do absolutely nothing to help forward engaging adult intelligent debate, truly useful service provision, effective policing and to hold any modicum of faith in the upholding of fair and just civil liberties. Many countries make prostitution illegal, in others it is legal all but in name as the surrounding laws and loopholes still render it impossible to work safely (UK is a prime example). It seems that we are still stuck in Victorian values when it comes to thinking about sex, the trading of it, and the free giving of it where it does not fit in with societies 'normal' value definitions.

When it comes to the trafficking debate, this has been used for years to discredit sex workers who work by free will, who choose to sell sex, and who are conscious about how they work and within what boundaries. The trafficking issue has perhaps been the single most loud voice in the polarisation of the debate around sex work and feminist discussion, capitalist discussion, and the concept of how race, gender and social class impact upon the sphere of work and sexuality.

Work of any kind cannot be separated from capitalism it's true, however it seems that sex workers advocating for their right to decide what to do with their own bodies and incomes are the thorn in the side of the moral and ethical 'police'. It is dis-empowering and arrogant to sex workers to tell us that we do not recognise our own oppression; that we are complicit in it, whilst suggesting that you who work for large corporate companies or publishing houses etc, are not! Why are we so damn twitchy about the sale of our bodies? Would we abolish work because some aspects of capitalism leave a nasty taste in the mouth? No..so why try to abolish prostitution because some aspects of that do the same? Why not invest in and lobby for workers rights, better policing, fair laws; the things that will help sex workers on a global level tackle the real issues; violence, exploitation and abuse.

Please share this video on your sexual freedom websites, social networking sites, sex worker rights pages, spread the word...without changes in the law, we, the vast resource with access to the greatest information cannot help.