The Power of Woman

Gorgeous readers, I don't know who you are or where you are or how you may stumble across my page, however, welcome....pull up a chair, pour yourself a wee whiskey and let your mind meander through my words, my world, for a moment or two.

Today sees your divine hostess Claudia pondering the incredible power of WOMAN and women's sexuality when it is free to express itself as it can and should. But what does this freedom involve and is it any different from the freedom of women to express ourselves in general, as we see fit? I remember reading a while back several passages in my Virginie Despente's book King Kong Theory about how she struggled to reconcile the false teachings of what is was/is to be a woman with her own real experience of it. For Virginie, fitting in with any ideal of femininity was early on dispensed with as a pointless exercise likely to lead only to bitterness and disappointment. She knew that she did not conform, did not look like any average girl and was neither classicly beautiful nor moderate and demure in demeanor and this caused problems for her. 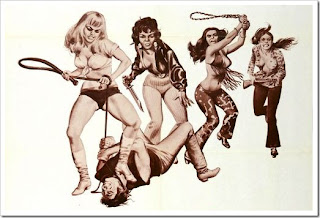 For many women, those of us who do not conform to societies 'normal' values for 'ladies' or other people's idea of what it is to be feminine, we become typecast very quickly; we are 'ballbreakers' 'bitches' and 'sluts' and 'whores' (god forbid that we actually choose to be those last two things and enjoy it!!). We find that as women comfortable expressing the more yang side of our natures, it is as threatening as it is for men who desire to express their more yin side too. For years I have known the currency of the feminine ideal. I've known what it is like to sell myself, to give myself away 'freely' (the cost has often been higher than when I've traded honestly in what men have wanted from me), and to have that taken from me in one way or another without my conscious consent. Now I find that the only freedom lies in being true to oneself, in being "impeccable with ones word"*, yet it would seem that this all too often monumental task is tantamount to the holy grail of most relationships and we're generally not very good at getting there

Since the earliest days possible, women's sexual power has been known to be vast, extensive and when left to itself, unbounded....and then came religion where women began to be subjugated beyond belief, culminating in one of the biggest violations to womanhood known in our time, the burning of witches. Women who were sexual, who were midwives and healers, women who had esoteric knowledge, women who painted, danced and sang, who loved their nakedness and their wildness, were accused; a single look could turn a man's penis to dust. Women, it seems, fornicated with devils. Women were not God/Man-fearing enough and so we paid. 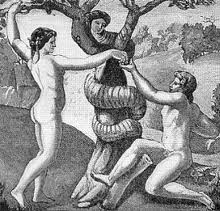 Interestingly, Lilith, who was seen as Adam's first wife, was reputed to have refused to have subjugated herself to Adam, instead choosing to fly off and fornicate with demons (aka have fun). In many biblical images, the serpent is represented as Lilith, which I actually quite like as at least it portrays one sister speaking to another in offering up the hand of 'temptation' (freedom?). In order to heal from the fundamental gender imbalance, and in every wrong done to woman a wrong is automatically done to man, we must refuse to compromise our true wild woman nature. We must become the witch, the healer, the crone, the whore, the virgin, the slut, the Goddess and more. We must embrace our vast and animal natures and be honest about who we are. We must relinquish the grip that shame, guilt and false idols hold over us and be true to our instinctive selves. Whether our lovers are men, women or both, we must find our integrity and stand with it. It may be a bumpy ride but jailers can only hold the keys as long as we believe in the bars. 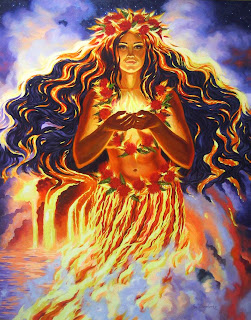