Following The Trail - Stalking Your Bliss

What does it mean to 'Follow Your Bliss'? What does it cost to follow it? And where do you even get started?

Joseph Campbell, originator of the phrase, when asked if he ever felt a sense of being helped by invisible hands replied:

"All the time. It is miraculous. I even have a superstition that has grown on me as a result of invisible hands coming all the time - namely, that if you do follow your bliss you put yourself on a kind of track that has been there all the while, waiting for you, and the life that you ought to be living is the one you are living. When you can see that, you begin to meet people who are in your field of bliss, and they open doors to you. I say, follow your bliss and don't be afraid, and doors will open where you didn't know they were going to be." 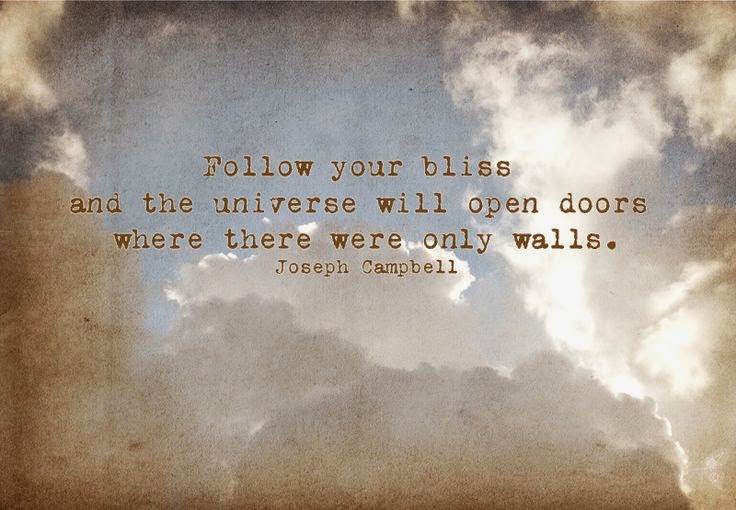 So why do we hesitate? why do we allow ourselves to become distracted, confused, fear-full? Largely because we can always find enough reasons not to do something rather than looking, or rather feeling, all the reasons there are to do something. So often when I'm holding space, I am coaching people into their hearts, into finding their true voices and their authentic selves. Lost, buried, forgotten, our true desires can become something we associate with naiveté, youth or ignorance when in fact the opposite is true but we have simply forgotten that innocent place wherein lies the beauty of imagination and the power of the Dream.

Bliss: In Sanskrit the word for this contains three syllables - SAT-CHIT-ANANDA. Sat = Being. Chit = Consciousness. ANANDA = Bliss or Rapture. So, we combine the purity of being, with the state of high consciousness (or awareness) and enter into a state of Bliss. Meditators speak of it, Tantrikas speak of it, Monks and Holy people and Shamans speak of it. But what is it? 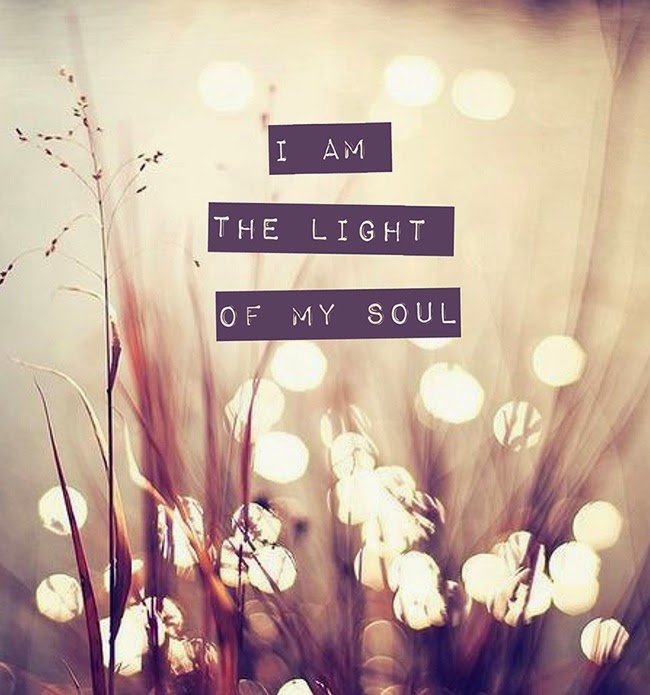 Campbell states very openly that he doesn't know where his consciousness is, or whether his thoughts on that are even proper or not, but that he does know where his rapture is, so that's what he will hang on to. Seems like a good and simple strategy to me. On a recent money coaching webinar I signed in to, one thing that arose in relation to the notion of making a really good living doing what we love, was a challenge to journal what you are doing and where you are when you are really in your bliss, in your pleasure, and in your passion. Notice it, write it down, and get clear! What makes you truly happy? All of these things give us clues into the calling of our souls, into our deepest longings and our greatest potential talents. They are signposts if you like, and often the seemingly synchronistic events that illuminate this and offer up these clues are ignored. Instead, what most of us do though, is visit those things for brief holidays, or brief encounters. Why? Because we are trained into a 'can't do' rather than a 'can do' attitude. So how do we transform that? 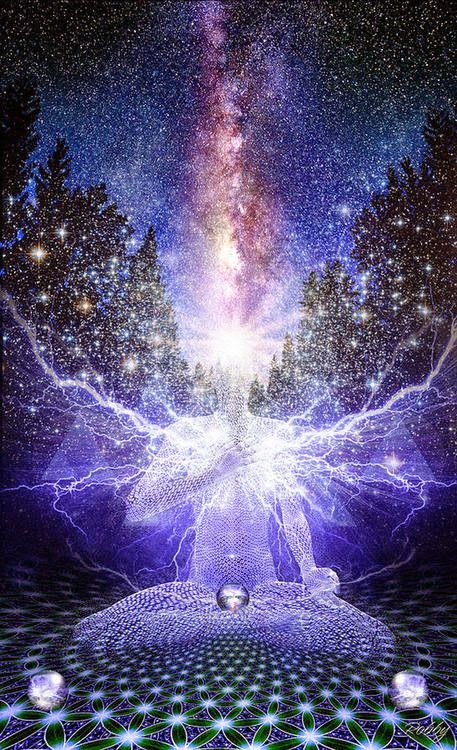 We start by becoming courageous. We start by paying attention to, and following our dreams and trusting where that takes us. Here's where it gets risky; we may hear the call of the wild and get scared of what we could lose, never realising what we may have to gain.

I started stalking my dreams and visions several years ago and began writing each year, just after the Gregorian New Year, a kind of Dream Quest in which I would call in all I wished for myself in the coming twelve months. I write this as if it's already happened, and I tell you, intention is a very powerful thing. Each year it has worked so powerfully and having seen what was possible, I wanted to share this with people. It has now become one my annual Soul Session Workshops.

In this year's Dream Quest I visioned visiting Bali. It's been calling me in my dreams, both waking and sleeping for over two years now and it's been in my memory since childhood, although I have never been in this lifetime. I once called it 'home' whilst in an altered state on a Medicine Journey in which I described the place in great detail. I was on a beach on the Balinese Coastline and I loved it with a passion I could not describe in words and I wanted to get there - I wanted to go 'home'. This revelation took me totally by surprise. I'm willing to follow my dream because life is precious, it's a gift, a blessing, it's a brief moment in time. I'm a soul adventurer so I cannot imagine not going to be honest. 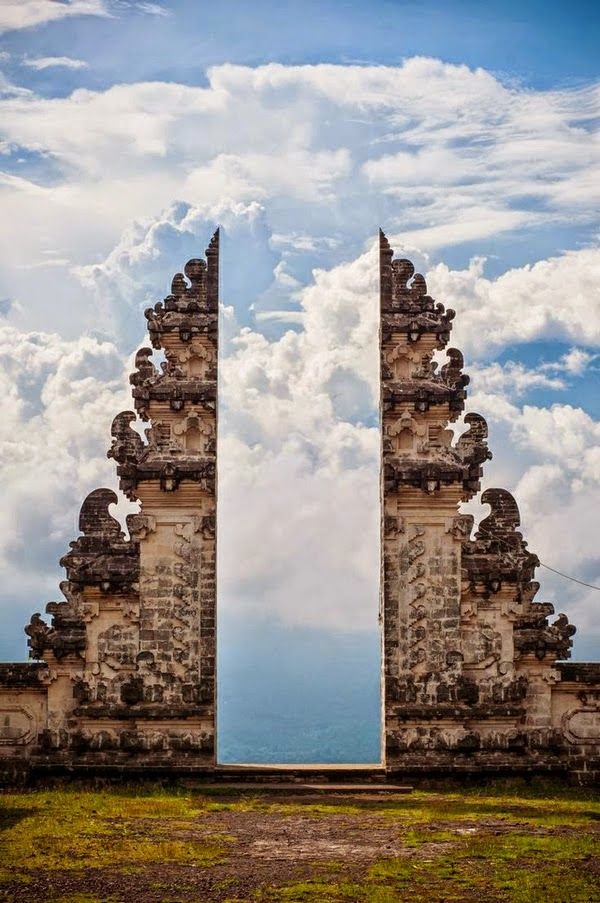 I saw this Temple in my searches; to me it sums up almost perfectly the divine meeting of Heaven and Earth, Root and Crown, the Corporeal and the Celestial. I will visit this place in ten days time! I'm following my bliss. How will you listen to your soul calling? 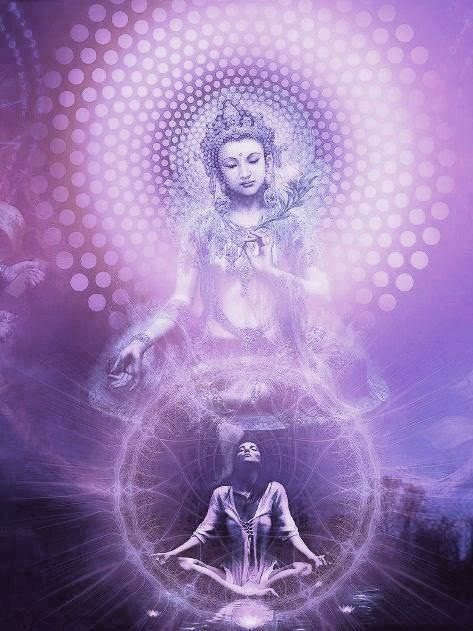 Listen hard for the voice of God is very quiet.