I recently completed a homework assignment in my sexuality study course which posed the question "what does it mean to be a woman (or man) in today’s world"? I answered from the female perspective as it’s my gender and therefore the part I’m most equipped to answer. That said, one thing I know is that for every response I have about what it means to be a woman in todays world, there is a knock-on cause-effect response on what it means to be a man. The question, seemingly so simple, yet so complex - what is it to be a woman? What makes a woman? How should women ‘behave’ and what expectations of womanhood (or manhood) do we carry? Are notions of masculinity and femininity entirely the results of social construct, where gender is biologically defined? 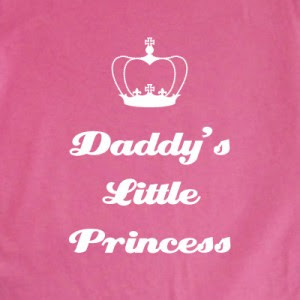 What chance do we have in the face of such early 'programming' as seen in the above girls babygro image, not just in the pink/blue separation separating boys from girls, but in the idea of girls as 'princesses' and boys as mummy's little monsters? Boys are trouble and girls are princesses? Really?

From the moment we emerge into the world one gender or the other by definition of our physical biological gender assignment, we are hit by expectations that shape our concept and awareness of what it means to be a boy or a girl. For girls, pink clothes, instructions on how we should play (nicely), what we should be playing with (dolls, prams, toy kitchens and home making etc), followed by lower academic expectations and subjects in school showing gender bias, i.e arts and home crafts (less girls in woodwork, sciences etc) and for boys maths and sciences (less boys in home economics, needlecraft etc). As girls we are told not to be so ‘aggressive’ or to be more ‘modest’, whilst boys are told they need to ‘man up’, not be so soft, not to cry or show feelings. As we already mentioned, girls are given dolls, boys given toy tool boxes and trucks. Our dresses are frilly, our activities tailored to suit. Boys get hard sportsmanlike activities, clothes are simple and representative of maleness and yet the gender spectrum reaches far beyond these narrow and restrictive confines. 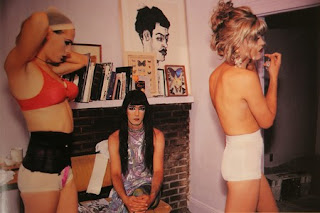 When my children were younger, one of my close friends had a son the same age as my own son. This boy, from the age of around 4 years old was VERY clear he wanted to wear only girls dresses; this lasted for about a year and a half. My friend, being a politically aware and savvy woman decided to let him explore this desire without censorship on her part as his parent. Her son wore the most amazingly frilly pink and blue satin dresses everywhere he could throughout this time of his self expression. My friend's partner, the boys father, was very much less comfortable with this and whilst he would allow/indulge it at home occasionally, he felt very strongly that it should not be allowed outside fearing his son would get bullied and picked on, and actually stating that "it’s dangerous in my view”. My friend took her son to the local swimming pool one day. He had been in his dress, the pink satin throughout the day and she saw no reason to change him. They dressed to swim in the female changing rooms as would be expected of a mother with a young dependent child. Half way through the father came to take over the swim session so my friend could go to work, swapping bags so that he could dress him for outdoors again afterwards. When it came to the end of the swim, dad took his son into the mens changing rooms to do so and was horrified to find that he had to dress his son in the pink dress he’d arrived in. The shame he felt as father, the embarrassment, the discomfort was enormous and caused a huge argument between my friend and her partner about the fact “this has to stop”. 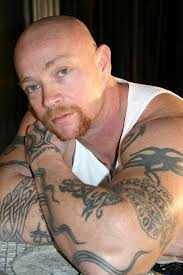 Well, my friend felt strongly that her son should be free to wear girls clothes, just as girls often define as ‘tomboys’ and have that freedom afforded to them, yet the reverse was evidently so much more problematic. Their son outgrew this phase soon after that dispute, and spent the next four year dressing only in dinner suits with natty shoes and bow ties. He was clearly a boy who liked to indulge his imagination and desires. So what is to be learnt from this exploration and our adult discomforts?

How hard it is for a child to express the many different aspects of their identity as it develops? This boy has grown into a young teenager with no apparent leanings toward any particular gender or status in his sexuality, perhaps largely due to his mother’s permission, perhaps not. What this story raises are some really serious questions about gender, social constructs, fear and prejudice.

As a woman who has really known the exploration of sexual identity in my life, I have some important insights into what it means to be a woman, these ranging from a personal level to a social level. I have most certainly experienced censorship of my behavior and have experienced as much pressure to be ‘feminine’ and ‘beautiful’ as I have limitation of expressing ‘masculinity’ and other less womanly behaviours. We are fed on an almost constant drip-feed of social conditioning, ideas about gender, relationship and sexuality. It’s almost impossible to escape it in fact, so those who know they do not ‘fit’, do not conform to expectations, are almost all of the time squashing themselves into being less than they may want to be, sometimes fearful for their safety if they do not. Remember the case of the transsexual MTF in Macdonalds in the US who was beaten severely in FULL PUBLIC VIEW for using the women’s restroom? This kind of violence is endemic in a culture that does not tolerate difference. That cannot think outside the box. So for me, being a woman in today’s culture is a statement of political, personal and social intent a lot of the time. I love womanhood, I enjoy being female and I'm very aware of my gender and the implied expectations and boundaries within this. I define my sexuality as bi-sexual and whilst I currently identify within heterosexual and monogamous parameters, it has not always been this way and may not always be in future - who knows. I think women have this easier in the main than men, exploring our different aspects I mean. Men who want to wear women's clothes are far more likely to experience violence as a result than women who choose to wear mens clothes. I remain very conscious of my sexuality and the wonderful expression of it, as it's a place of real delight and adventure for me. I wish it were the same for everyone. 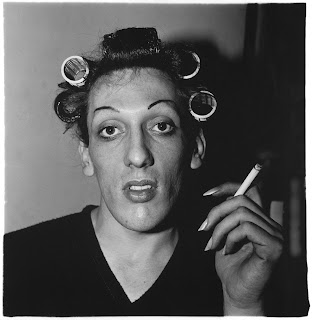