Many moons ago, I dreamt of publishing my writing. A collection of flash fiction with an autobiographical angle. Some just products of my fertile imagination, others based in the sometimes grim reality of sex work, drug addiction and dysfunctional relationships. NOT the miserable read you may be expecting though, Claudia's writing provided a platform for an exorcism of sorts, and is described by her publisher as: "Transformative erotic fables of self-discovery and healing. By turns darkly cathartic, life-affirming and transcendent, the short pieces in this book map the shamanic journey of a woman's life from the socially-conferred status of victim to total integration with her sexual and emotional destiny." It is a fair synopsis as Claudia's life transformed itself through her writing over a three year period. Many of the skeletons that had been dancing in her closet, are dust now as a result of shining some light on them via these candid tales. 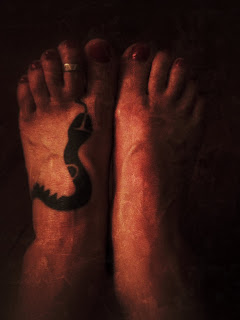 Here, for your intrigue, is the 'blurb' from the back of the book as written by Claudia herself: "The collection of writings in this book served as exorcism of sorts. Begun in the middle of 2007, in the middle of a turbulent relationship, in the middle of a re-birthing, in the middle of Manchester UK, the pieces came through me as if I were simply the vessel. They are in the main, an autobiographical indicator as to the path of my life. Once they were written, it was as if I lay spent, unable to bring forth any more stories. They were out of me and on the page. I felt like a mother staring at her bloody baby in the moments after birth. What was once inside me and so integral to me now sat outside me kind of staring back at me with the same inquisitiveness with which I in turn, looked upon it. It was not a pretty baby, but it was a baby full of character. Isn’t that what they say about curious people, places and things, that they are full of “character.” Ugly? Too harsh. My ex considered them dark and negative, I considered them healing, liberating, positive. Probably why he's an ex. These writings have become my my ex, the one I continue to love. I hope you see the dark, light and shadow in them that is in all of us and in everything. Duality creates segregation and creates fear. Unity breeds community. I'll strive for that goal any day." You can buy a copy of the book direct from Lulu by clicking here or via the amazing ParaPhilia Magazine by clicking here and going to Onerios Books. 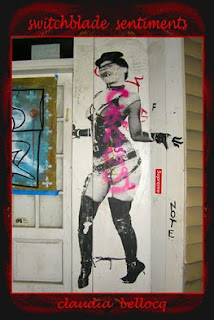